Turrican 2 as a in progress MS-DOS AMIGA AGA conversion gets a new demo (HOT NEWS!)

Another great Amiga update through Indie Retro News on this very hot Tuesday, as we’ve just found out through the Saberman, that Muzza has just released a new demo version 2 for the work in progress MS-DOS conversion of the classic action shooter game Turrican II. The second game in the Turrican series, which was originally developed by Factor 5 in the 90’s and released on the Amiga, C64, CDTV, Atari ST, Amstrad CPC and ZX Spectrum, and later for DOS.

As we said before when the game was previously announced as the first teaser. Not only is this version of Turrican 2 a work in progress conversion of the MS-DOS release which was created as a project to learn ASM, and much of written in C at the end. But the game is basically the same as the Amiga version we know and love still to this day, while featuring more colors and higher details pretty much as soon as you start playing the game 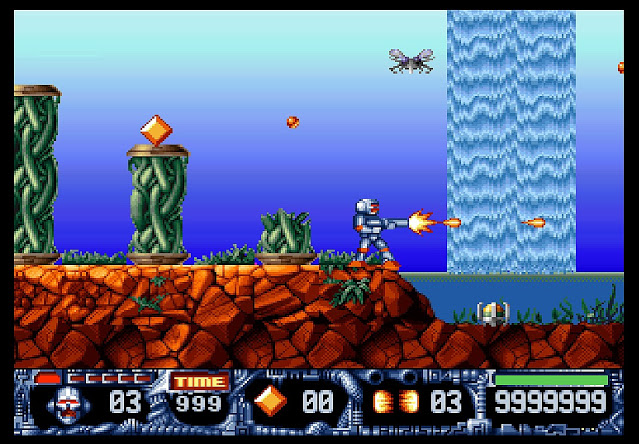 For those of you who want to know what’s different compared to the first demo we tried some months back, it now features a story intro which plays at the start, a working Level 1 boss fight, a working Level 2 including a secret cave and two bosses(missing some features), bouncing weaponry but has no upgrades as of yet, various bug fixes, and controls modified to be closer to the original Amiga Game. Do be aware however, the developer is still working on CD32 pad support, player death, weapon upgrades which are lost between levels, and hopefully an option to change the character sprite(Yay?).

It requires Fast RAM to run at 50hz on an A1200. From testing I found it can run at 50hz on a base A1200 but only if I reduce the number of bitplanes. I may do this eventually, but for now I’d rather get it working without modifications to any of the source artwork. Currently it uses 8 bitplanes.

Random: A UK Company Is Inviting Customers To Smash Up Old Games Consoles

Free games with Amazon Prime Gaming for May 2021

Affliction is free on IndieGala

The Full Leisure Bundle feat. Ps Plus and VPN Limitless