Review: Sky: Children of the Light – An Experience That Soars On Switch

When Sky: Children of the Light (or just ‘Sky’ in-game) launched back in 2019 on iOS, it was met with well-deserved critical acclaim. Some were dismayed that the follow-up to the iconic adventure title Journey would be shackled to the mobile world, but after laying eyes on the gorgeous visuals, simplistic gameplay, and inspired use of social interaction, there was but one question forming on the lips of players worldwide: “hang on… this is a mobile game?!”

Despite this, there was no doubt a good chunk of gamers (this writer included) that wished the game would eventually launch on console, if only to have better control of the protagonist without fear of their hands cramping up. Well, two years have passed, and Sky is finally available on the Nintendo Switch, retaining everything that made the mobile version so great whilst adding in fully button-mapped controls (and yes, we know mobile devices support controllers… just go with it).

Explaining the plot of Sky feels rather superfluous, given that you can effectively play however you like, but we’ll give it the old college try: taking place within a beautiful kingdom, you’re tasked with locating spirits within each of the game’s distinct locations. Finding and interacting with the spirits grants you new items like hairstyles, capes, and masks, in exchange for in-game currency. In addition to the spirits, you also encounter the titular ‘children of light’, who grant you upgrades to your flight ability as you move through the game. 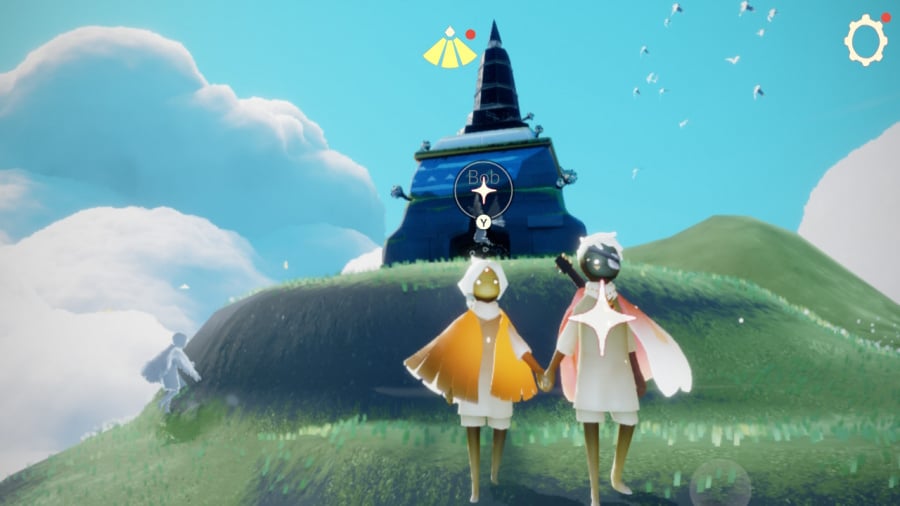 Ultimately, the aim of the game is to explore the environment so you can obtain items and abilities that allow you to explore more of the environment. This might sound a bit pointless to some, but as with thatgamecompany’s previous titles, Sky’s appeal lies in its simplicity; gliding through the clouds, sliding down an icy slope, or just sitting around a campfire with other individuals.

The latter forms a big part of the experience. Social interaction is almost mandatory to make the most out of the game, but the good news is that it’s handled in a way that feels completely nonintrusive, and it incorporates cross-play with mobile users. You’ll see other players wandering about as you go through the game, some of which may be heading to the same destination as yourself, and others who could be going off and doing their own thing. Each player can be approached and greeted, and you’re given the option to befriend the player and give them a nickname of your choosing.

We met Bob fairly early on. Bob was new to the game, given that we’d met them in the initial hub world, and they were dressed up in the default outfit. After a bit of chirping back and forth, we took each other’s hand and set off into the world. Now, to be clear, we’ve no idea where Bob is based, how old they are, or what their real name might be. Sky wisely neglects to provide any of this information, instead focusing on the player interaction, and only the player interaction. We journeyed far and wide together, calling out whenever we lost sight of each other, and chirping away in happiness whenever we found our goal. 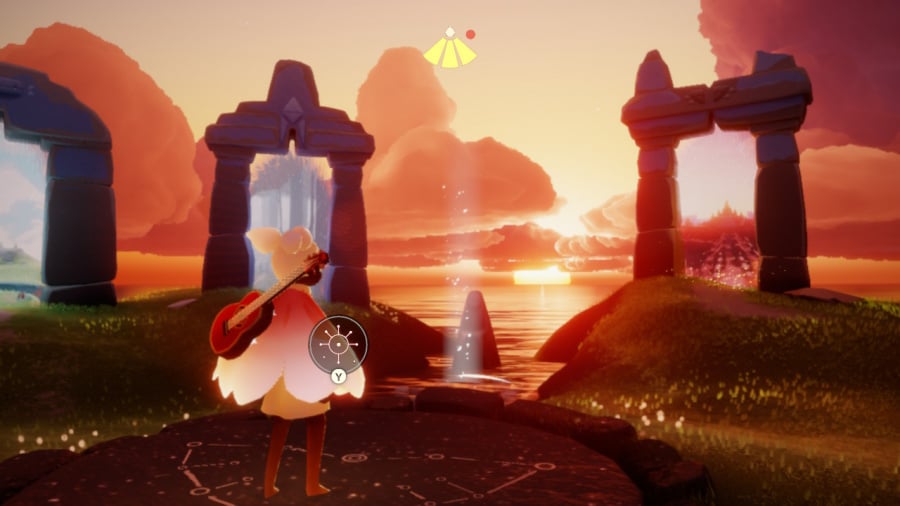 It’s a lovely experience to say the least, but of course eventually we had to part ways with Bob. In a weird way, we felt a slight twinge of grief at their departure. Sure, we could meet someone else and call them Bob, but it just wasn’t the same; it wasn’t our Bob. Much like Journey before it, Sky’s social aspect is deceptively deep, and you’ll be surprised at how quickly you develop a bond with your in-game acquaintances.

In addition to the exploration and social aspects of the game, there are plenty of options available to customise your character. These items are available in the hub world, and you can customise everything right down to the instrument your character will carry throughout the game. We opted for a charming little guitar, and what’s great is you can break out the instrument at any point during the game, with every single button on the Switch’s controller corresponding to a different musical note. You can create your own tunes, or play along to a selection of sheet music.

Of course, with such simplistic gameplay and a distinct lack of any challenge, you’d hope the game would at least look impressive. Well, it’s no overstatement that this is one of the best looking games on Switch. The lighting is absolutely wonderful, and combined with subtle yet effective lens flare effects each of the game’s worlds look incredibly well realised, if not particularly realistic. There’s also an option to alter the in-game display, so you can either lock the game at 30FPS and enjoy a higher resolution, or reduce this down for a smoother 60FPS experience. Can we also just reiterate that this game is free. Absurd! 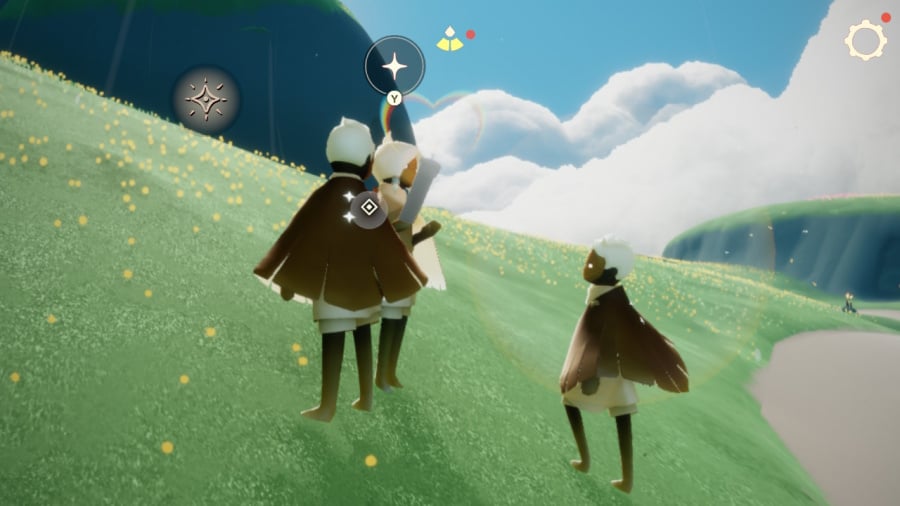 In addition to the launch on Switch, there’s also an option to download the ‘Starter Pack’. This comes with two new capes, a vessel flute, a new hairstyle, and 75 candles (the in-game currency); now, with the pack coming in at £28.99 for the UK market, do we think it’s worth it? Well, no, not particularly; the game never forces you to purchase extra currency, and you can quite happily breeze through the experience having never bought a single additional item, but it’s there if you wish to receive a little boost to get you going.

The game also acts as a live service, with new seasons introduced periodically to add new content for players. The upcoming season introduces the game’s first cross-over event with the French children’s character Le Petit Prince, with an entirely new world to coincide with the collaboration. The only concern we have with the live service format is whether the simplistic gameplay has the staying power required to keep players engaged for weeks, perhaps months, on end.

We love free stuff, and Sky: Children of the Light is perhaps the best experience you can get for free on the Switch to date. The visuals are simply stunning, whether you’re playing in handheld mode or on the big screen, and the variety of the game’s different worlds provides more than enough incentive to explore. The social aspect is solid, and the game’s unique ability to foster bonds with complete strangers is frankly a marvel. The only real downside is that the gameplay is so simplistic in nature, so we’re not certain it will keep players around for long to experience any future updates. If it does grab your attention, however, then a magical experience awaits.

I’m not editor-in-chief of RPS anymore, here’s who is