Review: Cris Tales – A Gorgeous Indie JRPG That Does Just Enough To Stand Out

Time travel has long been a concept that JRPGs have loved playing with. Titles like Chrono Trigger and Radiant Historia oriented their stories around time-hopping misadventures, while games like Bravely Default and Grandia have found fresh and interesting ways to involve time manipulation in the flow of combat. Cris Tales—the newest release from Colombian developers Dream Uncorporated and SYCK—is the latest JRPG to place time travel at the center of its design, and while it sometimes stumbles in its execution, this remains a memorable and enjoyable entry in the genre.

Cris Tales follows the adventure of a young orphan girl named Crisbell, whose world is turned upside down when an adorable little frog with a top hat steals a rose from her. One thing leads to another, and Crisbell learns that she’s a prophesied Time Mage, one who has the power to perceive the past and future in parallel with the present. Using her newfound powers, Crisbell thus embarks on a journey to save the world from the nefarious Time Empress, aided by a band of odd acquaintances and fellow Time Mages. And a cute frog. 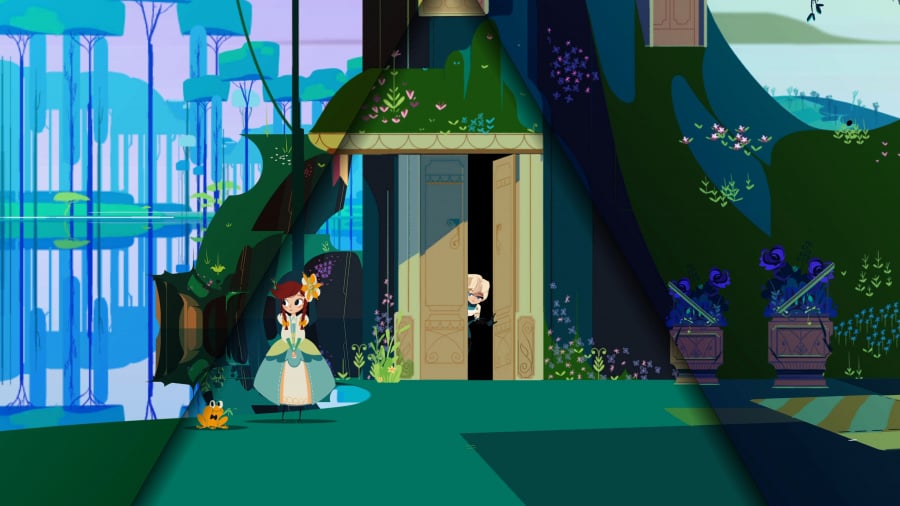 Though the plot isn’t always satisfying, the storytelling in Cris Tales manages to consistently find interesting ways to play with the time-hopping mechanic. Often, there are points in the story where Crisbell is given the opportunity to change the future for the better, but she can’t do so for everyone. For example, one opportunity early on allows you to prevent rot from eventually destroying a couple of the storefronts in your hometown, but you only have the means to prevent it for one store. Which one you choose is ultimately irrelevant to the main plot, but the moral dilemma nonetheless creates an interesting space to pause and think. Your frog friend, Matias, reassures you that there are never any ‘right’ answers when making such decisions, yet it’s hard to not think how such a responsibility would weigh on a person with that kind of influence over the timeline.

When you’re out and about in the field, gameplay plays out as you’d expect in a typical JRPG. Roaming small dungeons is sure to net you some goodies, and there’s usually a few puzzles that require you to exploit your time-shifting powers to clear the way. Maybe you need to plant a seed in the past so you can grow a tree to get a special fruit. Maybe you need to push a safe under some acid, so it can erode in the future and give you access to its contents. The applications of your time powers are rarely surprising, but there are enough unique instances of puzzles and obstacles that things seldom get stale over the thirty-or-so hours it takes to see Cris Tales through.

Combat has a typical turn-based structure to it, but time once again plays a big factor here. Poison an enemy in the present, and you can either let it chip at them each turn or push them into the future and have all the damage proc at once. If you’re having a tough time handling the ‘adult’ variant of an enemy, maybe try pushing them into the past and fighting their younger version instead. This time manipulation adds some fascinating wrinkles to combat, and it’s fun to see how encounters gradually become complex puzzles as the story progresses and Crisbell adds new time powers to her arsenal. 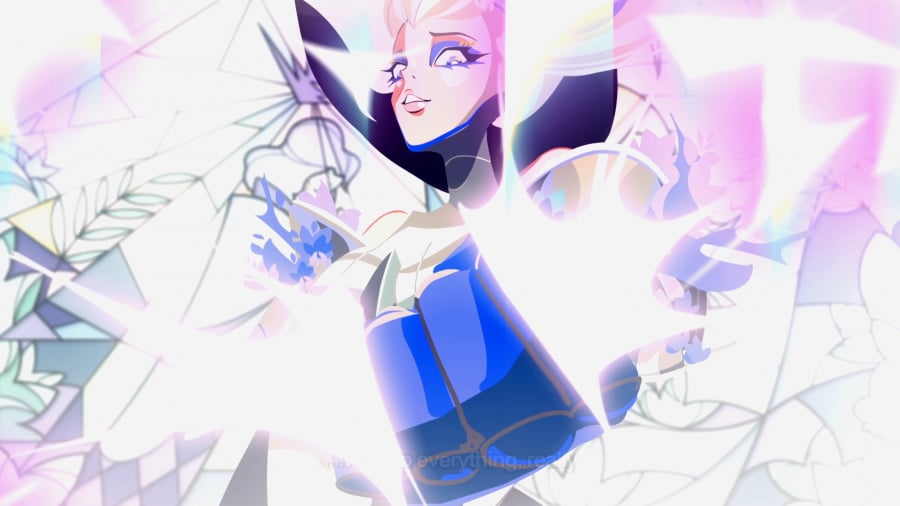 In addition to this, there’s a timing-based element to both giving and taking damage that pulls a bit from the Paper Mario combat system. A well-timed tap of a button can see you doing more damage or negating an incoming strike, although the windows for this aspect of combat feel a little bit off. Wind-up animations are often way too short or outright nonexistent, and while the screen temporarily darkens to tip you off when your window shows up, it’s often a blink-and-you-miss it opportunity. Things are made worse by the fact that some later boss encounters all but require you to be right on the ball with your timing, or party members can be wiped in one or two hits. It gets a little easier to nail the timing as you play and better understand different animations, but this is one fragment of combat that feels like it could’ve used another pass in development.

We feel it’s also important to highlight that Cris Tales can occasionally feel like it’s not properly respecting the time commitment of the player. Combat encounters are triggered randomly—and, frustratingly, quite often—which can lead to irritation when you’re just trying to pass through a given area for a sidequest and have to stop every seven seconds for another run in with the local troublemakers. Things are worsened by the fact that there’s semi-lengthy loading screen before every encounter, and those extra five or six seconds before every single fight really add up over time.

Cris Tales can be notably unforgiving with its save structure, too. You can only save on the overworld map or at certain save points in environments, and a party wipe in combat means that you lose all progress since the last time you saved. At one point, we lost a little over a half hour of progress when an unexpectedly tough enemy encounter wiped our team, necessitating a complete reset of our trip through a dungeon. The extent to which issues such as these will bother you ultimately are a matter of personal taste, but just bear in mind that there are some elements of Cris Tales that feel needlessly archaic. 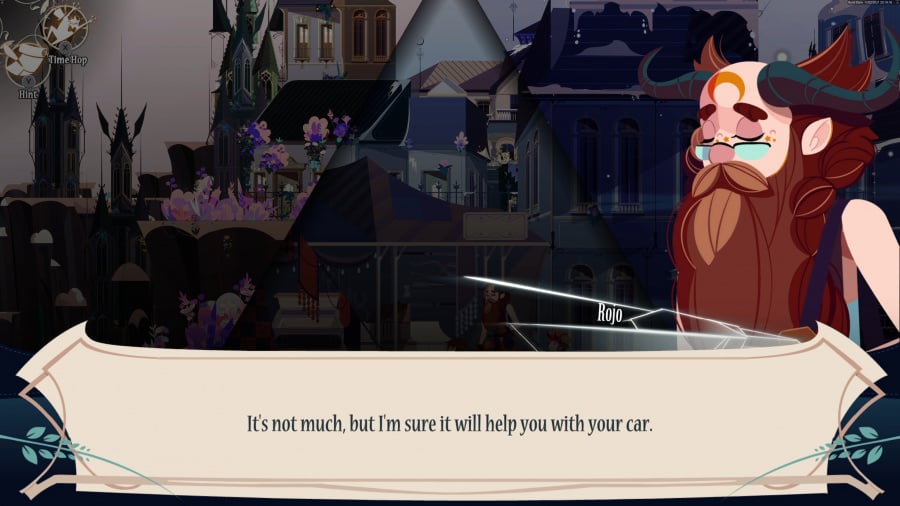 On the other hand, Cris Tales feels remarkably fresh in its overall presentation, which is nothing short of astounding. The art style resembles something of a cross between a Genndy Tartakovsky cartoon and a children’s book, characterized by sharp geometric shapes and hyper-stylized character designs. Combine this with some well-executed voice acting and you have a fascinating world that absolutely pulls the player in. It’s abundantly clear that the developers put a lot of time and attention into getting the presentation just right and it pays off, as this is one of the most memorable art styles we’ve seen in a JRPG in quite some time.

Cris Tales offers up a satisfying take on classic JRPG tropes while sprinkling in some interesting new gameplay ideas and an incredible art style. Though some aspects of combat can be frustrating and the pacing can occasionally feel like it’s wasting your time, we’d still give this one a recommendation to anyone looking for a cool new RPG for their Switch. Cris Tales does just enough to stick out from the pack and assert itself as a title worth adding to your library; JRPG aficionados should definitely give this one a shot.

Review: Ender Lilies: Quietus of the Knights – A Metroidvania With A Stunning World To Discover