This event includes new items, emotes, Ninja-Gums, emotes, decorations and more based on the hit anime and manga. Included with this update is also a new tournament and all stages have been decorated with special collab images to celebrate.

This special event will run until 30th August, so enjoy it while you can. Here’s a trailer to mark the release:

Introducing the Exclusive Items arriving during the Collab！🤩（2/2）

Original article [Sun 27th Jun, 2021 15:00 BST]: This week marks the first-year anniversary of Ninjala on the Nintendo Switch. To celebrate, GungHo Online Entertainment held a special broadcast where it revealed what’s ahead for the game. For starters, the developer has announced a special collaboration with the anime and manga series Demon Slayer: Kimetsu no Yaiba.

This themed event will take place from 19th July until 30th August and will include many new items.There’s new character clothing and hairstyles based on Demon Slayer, different skins for weapons, new emotes and much more. There’ll also be an in-game collaboration tournament. 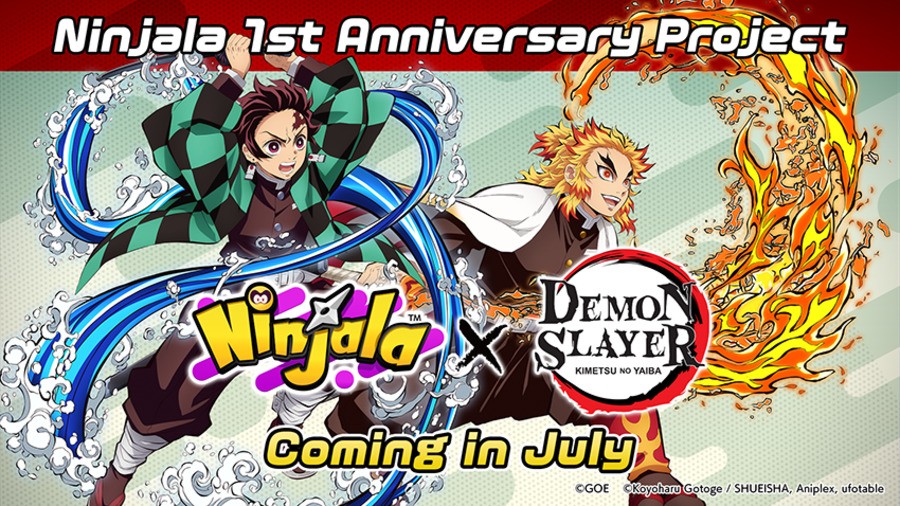 Before this, Ninjala will also be hosting its first-year anniversary tournament on 17th July. This event will be simultaneously held in all regions and allows players to compete by collecting special points. The top four players will receive some special rank-exclusive rewards such as emotes and decorations.

GungHo has also shared a road map – outlining what’s ahead for Ninjala in Season 6. This season only recently began and you can learn more about it in our previous post. 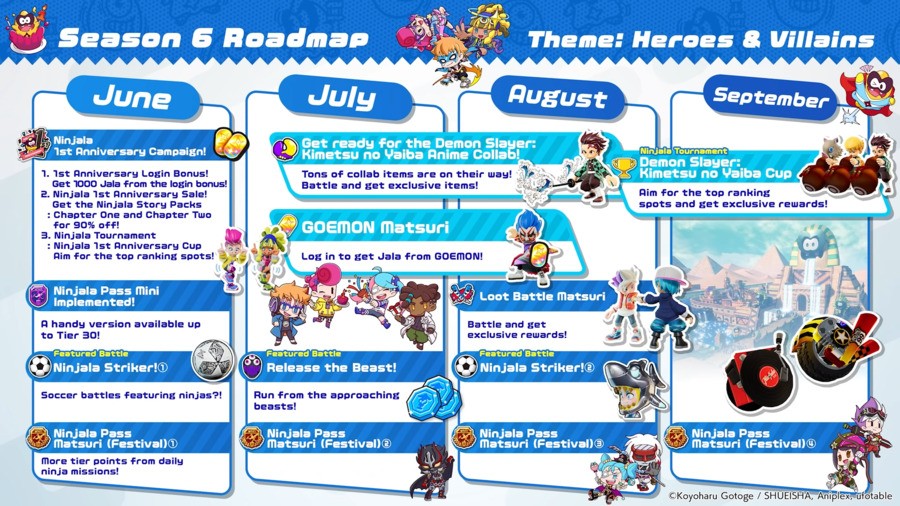 And if that’s not enough, GungHo has announced Season 7 is on its way. It will introduce a brand new featured battle known as ‘Last Ninja Standing’ and Visual Lobbies (more than 8 players can enter the stage):

Visual Lobbies are coming to #Ninjala!👗👘🎀🧥👕

Join the stage with at least 8 people, and show off your outfits, emotes, and stickers!🕺💃

Are you still playing Ninjala after a year? What do you think of the latest collab? And remember, if you haven’t played this game yet – it’s free to download! Happy Birthday, Ninjala! 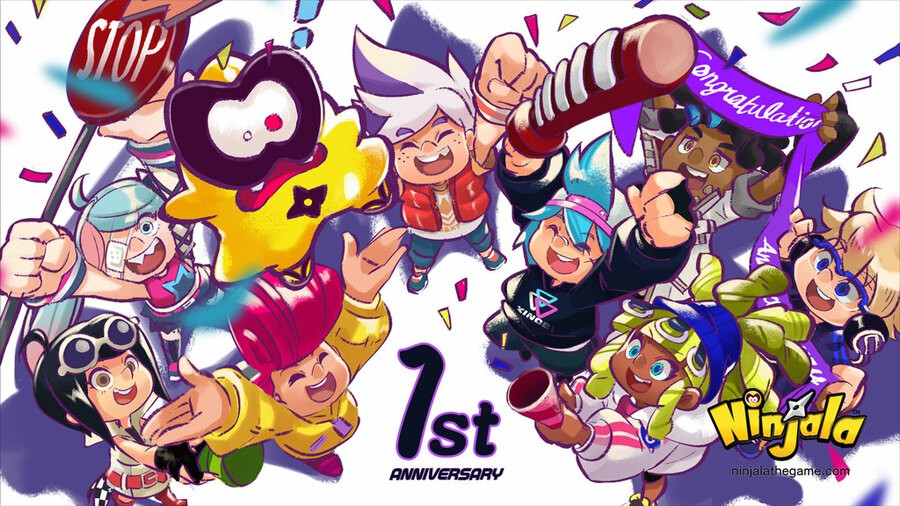 As Fortnite’s new season nears, the UFO abductions have begun

Why It Took So Long To Bring The Great Ace Attorney To The West, According To The Localisation Director