Do you have what it takes to assemble and organize the men and women necessary to win World War 2? Humble Hearts of Iron IV Bundle just launched on July 21, at 11:00 am PST and lasts through August 11, 2021 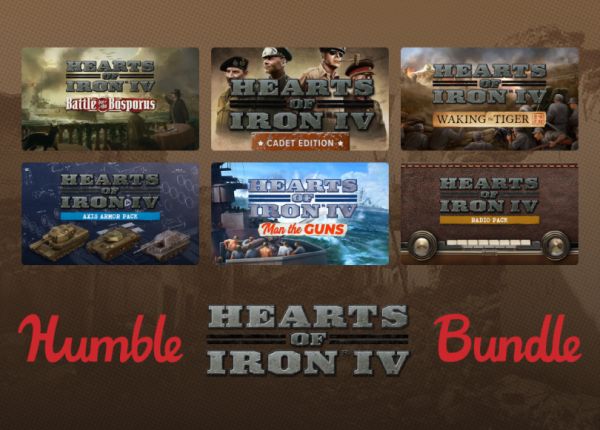 Choose one of 3 tiers; the more you pay, the more Steam keys you get:

TIER 1: Pay $1 or more to get Hearts of Iron IV: Cadet Edition

All games are delivered as Steam keys. Normally, the total cost for the games in this bundle is as much as $214.

DISCLAIMER: We use affiliate links for Humble Bundle, so if you want to support us (or if you don’t, that’s fine as well), you can click on the “Adjust Donation” button at Humble to fine tune where your money goes.